A Year of Action By Jan Engels-Smith

2011 is a year of action. 2011 is a year for divine action. It is time to put action to your desires and create a lifestyle that is in alignment to the new truths that are emerging. The next couple of years have great potential for individuals. A changed humanity is being birthed, and your active participation is needed. The desire for a new world and a love-based society is at the tipping point.

Since the essential nature of human beings is to be notoriously resistant to change, the “shadow” part of our person will surface during these transitional times. The shadow exposes us to our resistances, wounds, and faulty beliefs — all of the obstacles to our advancement. The difficulty of shadow work is that it can often be insidious and before you know it you can be in full participation with it.

Strive to act as a witness to yourself. Watch and observe yourself like a scientist might observe an experiment. Notice what thoughts or beliefs create which emotions. Ask how often you stay rigid with an attitude or opinion and why? Remember that beliefs are created by thoughts and beliefs will determine your reality. Thus everyone can PROVE that his or her belief system is true because our attraction of like vibrations affirms the truth for us. One will have experience after experience that supports the individual’s belief system. In that it is their reality, it is true. However, just because the belief system proves itself to be true, does not necessarily make it either right or helpful for the individual. Remember that what we attract to us might promote positive conditions or might draw in negative energy and prove damaging.

Whatever the nature of this reality, the continuing reinforcement of the reality of the belief will over time produce a thought-form. Thought-forms become overarching paradigms that take on the nature of perceived “universal truths” in the collective eyes of a culture and can define an era and last for centuries. Their “truth” exists in the acquiescence of a civilization to accept and not question the validity of the thought. The passing of an era and the emergence of a new world occurs with the shifting of a paradigm, and “truth” becomes redefined.

Early human civilization was characterized by a belief in the oneness of humans with their environment and as hunters and gatherers these so-called primitives lived as part of their surroundings and not apart from its wildness and naturalness. Indigenous cultures continued to hold these thought-forms even as so-called advanced civilizations became detached from the world and sought to subdue and control it.

The Early Agricultural Age was characterized as a struggle to control the forces of nature, to subdue the natural elements and to bend the forces of the universe’s energies to satisfy the power lust of civilized man. After the passage of centuries, civilization took another giant step into the future with the emergence of the Industrial Age and the conversion of work into a process of a larger corporate entity and humankind into mechanisms to feed this machine. What had been crafts and satisfying individual achievements became work on an assembly line or toil at desks where the individual had little knowledge of the larger complexity of the system, much less any influence. Thought-forms created a reality that seemed to be the natural condition of advancing civilization and the acceptance of this belief made it real.

The dawning of the Age of Aquarius is the product of emerging new understandings of the necessity to align oneself in harmony with the world and to see the oneness of ourselves in the universe. As these common beliefs coalesce around a new universal awareness, we become collectively conscious of our new “truth” and the old thought-forms begin to fall away as a new era comes into being.

For us as individuals, the significant takeaway from this knowledge of the constructs of civilization is that our individual thoughts, beliefs, and actions are the source of the fundamental change that shifts an entire culture to a new consciousness. All great change begins with individual transformation and the universe depends on each of us for our contribution to the shift.

A new era is at hand and you and I are faced with the choice to resist and live in the fading thought-forms of a passing age or to engage actively in the creation of a new world. 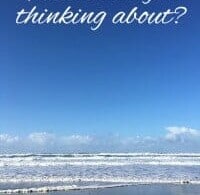